The remains of Slains Castle on top of sea-facing cliffs, are just a short walk from the hotel

Constructed around an existing tower house built in 1597 by the 9th Earl of Erroll. Significant reconstruction of the castle has been carried out a number of times, lastly in 1837.

It was altered in 1664 when a corridor was inserted within the courtyard and again in 1836 it was rebuilt and faced with granite. At one time it had three extensive gardens.

The castle was then sold in 1916 and fell into disrepair in the first quarter of the 20th century, after more than 300 years of occupation by the Errolls.

The castle was bought by Sir John Ellerman of the shipping line. He in turn gave it up in 1925 and its roof was removed to avoid paying taxes. That led to the inevitable ruin seen today. 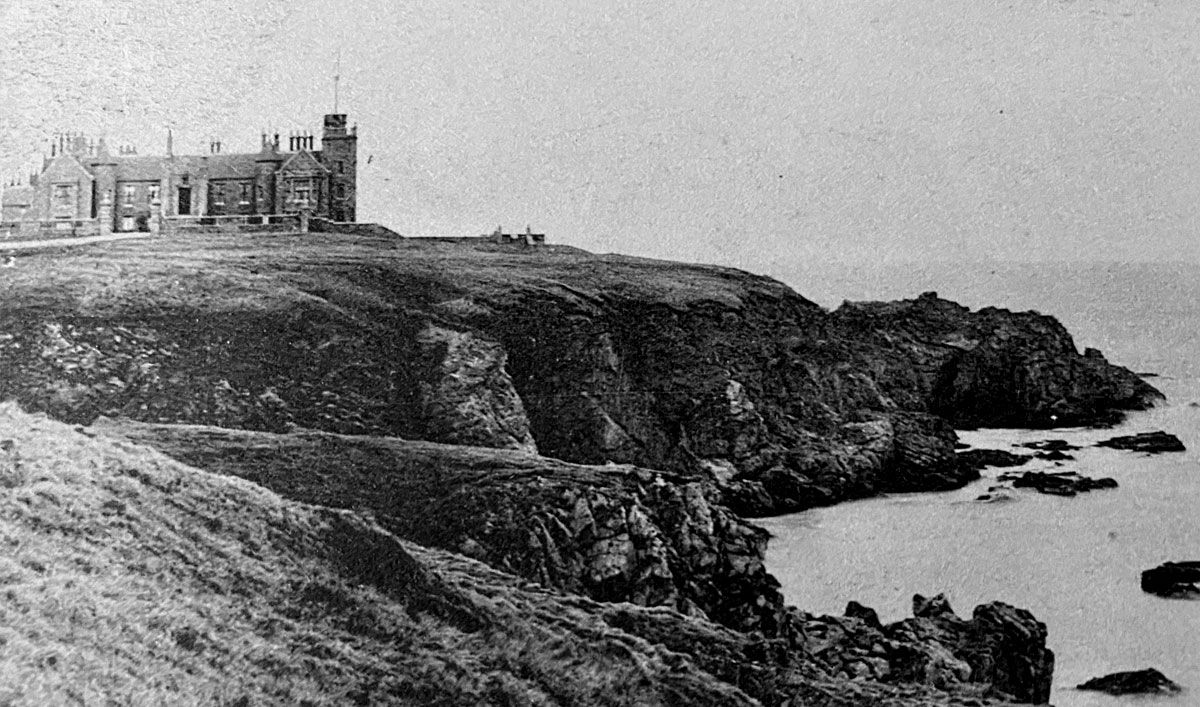 In the late 19th century, the 19th Earl of Erroll entertained many celebrities at the castle. As our Bram Stoker page notes many believe it was his inspiration for the castle of Count Dracula.

The older castle, also a family seat of the Errolls, was blown up by James VI as a punishment for their part in the 1597 plot by the Earl of Huntly against him. 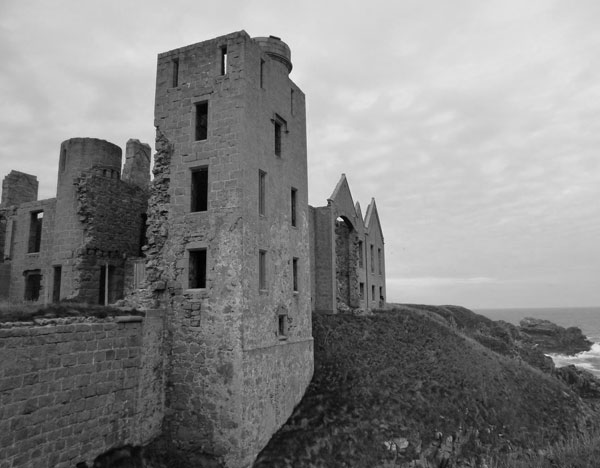 At first inspection the ruin appears to be a blend of several different architectural styles and periods, due to diverse masonry including older mortared granite, mortared medieval red brick, mortared sandstone and newer well faced granite.

In fact most of the architecture seems to derive from a rather cohesive interval 1597 to 1664, which construction is the most expansive and includes the mortared rough granite and medieval brick. The 1836 work adds smoother granite facing that contrasts with the older construction style.

The 19th Earl of Erroll entertained many celebrities at the castle

The defensive works of the castle include use of the North Sea cliffs, an abyss to the west that functions as a deep impassable moat and a ruined rampart that would have been the main entrance on the south[2]. The ruins include reasonably well preserved elements of three and four story structural elements and a basement course over some of the range, especially at the eastern side. There are well preserved basement kitchen works with numerous firepits and masonry indented storage spaces.

The internal doorways are primarily of well preserved wooden lintel construction, with numerous examples of mortared sandstone archways and medieval brickwork archways. The interior of the ground level is a maze of passageways and smaller rooms, reflecting a high state of occupancy in 17th century times.